What is a prenuptial agreement? 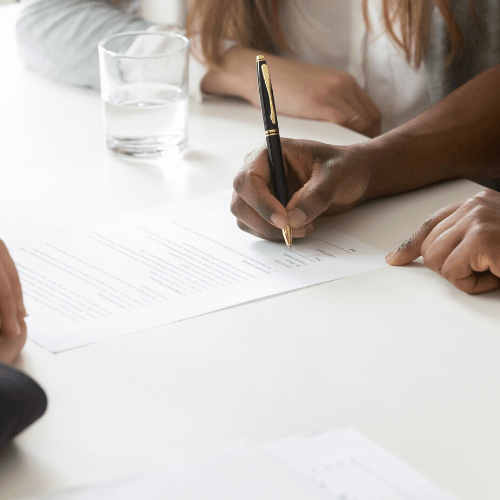 A prenuptial agreement or sometimes referred to as a premarital agreement is an enforceable written contract between 2 people who are contemplating marriage and for it to be legally effective when the parties are married. It is governed by the Texas Family Code section 4.001 and 4.004. The Texas law refers to a ceremonial marriage and not to common law or informal marriage.

What is the constitutional basis for property agreements?

The Texas Constitution provides that all property, both real estate property, and personal property, of a person, owned or claimed by that person before marriage; or, that is acquired by a gift, devise, or descent, i. e., if the person inherits the property, shall be the separate property of that person. The law does provide that persons that are about to marry and in some situations spouses that are already married, as long as the person is not attempting to defraud the other person or other pre-existing creditors, may enter into written agreements between the parties to partition their property, then existing or to be acquired, or exchanged between the parties in the future. In the case where one person makes a gift of property to the other person, that gift is presumed to include all the income or property which might arise from that gift of property. Should I get a premarital agreement? If a person is contemplating marriage, the person should consider and anticipate some issues that may be solved by the agreement.

What Else Can a Premarital Agreement Cover?