Can I just annul my marriage? 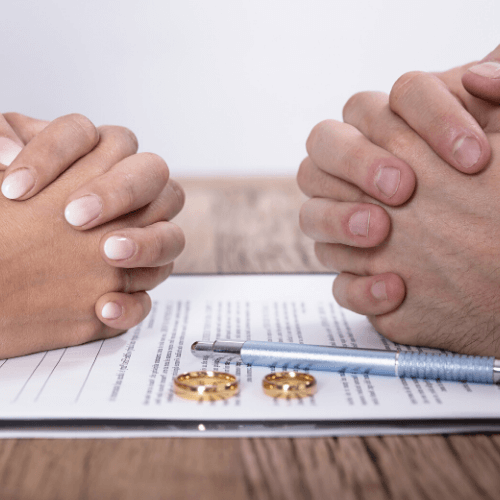 At the Barbosa Law Firm, P. C., we get hundreds of inquiries about an alternative to a divorce proceeding. Usually, the calls focus on the proceeding that will save people money. Divorce proceedings are a costly alternative to just staying together as a married couple. However, eventually, a party will have to decide on an attorney who will pursue a divorce proceeding without the matter costing a fortune in legal fees. In many cases, the factor that determines whether a party will file for divorce or stay in the marital relationship or even separate and live separate lives as married people, is…how much will it cost me to divorce my spouse?

Too many times, parties will call our office and tell us they want to just “annul” the marriage as if they had a choice between filing for divorce and paying all the costs associated with divorce; or, just filing for an annulment and getting the cheap way out of a marital relationship. Unfortunately, it is not that simple, and, the choice is not for the party to make in order to save legal fees.

The first factor that you must consider if you are trying to pursue an annulment instead of a divorce, is whether or not you have children born or adopted during the marital relationship. If a child was born or adopted during the marital relationship, you can not get the marriage annulled. By the same reasoning, if your spouse is pregnant, whether it is your child or not your child, you will not be able to get an annulment.

The most frustrating calls to my office are attempting to explain to a party why they can not just choose whether to get a divorce or an annulment. Usually, the party can not afford to undergo a complicated and litigated divorce proceeding so they rationalize in their mind that an annulment will be quick and cheap. The answer we usually give the potential client is not what they wanted to hear.

An annulment is not always the cheapest way to dissolve a marriage in Texas. Many other inquiries to our office for a dissolution of marriage involve calls to Barbosa Family Law, P. C. where the party will state that they have no children born or adopted during the marriage and they know and read online that they can get the marriage annulled. After a few minutes of discussing their case, in many cases, we realize that the parties have been married a lengthy period of time sometimes involving 20 or more years. During the conversation, in many cases, people have acquired substantial community property and real estate. Or, the party will have a substantial amount of money tied into a pension plan or a 401(k) plan that creates an obstacle to an annulment. People just do not understand that if the marital relationship involved substantial property, either financial or real property, the Court is not going to allow the parties to annul their marital relationship.

Common Reasons for an Annulment

In many other inquiries, a party will contact our office to inquire about annulling their marriage on the basis that they have been married for a short period of time. They become adamant that since they married less than a year ago, for example, that they have the right to file for an annulment instead of a divorce. Or a common call will involve a party that was married several years ago and separated a week later after their marriage but have not dissolved the marital relationship that has already lasted several years. Again, our instructions to these parties are that it does not matter how long you have been married to determine if you qualify for an annulment or a divorce proceeding.

The most common situation that we see in our law firm where an annulment is considered, is when one of the parties either concealed an existing marriage prior to the present marriage. Under section 6.202 of the Texas Family Code, a party can file to annul a marriage if the parties entered into the marriage when one or the other party has an existing marriage to another person that has not been dissolved by legal action or terminated by the death of the other spouse.

In our next article, we will explore other situations in the Texas Family Code that will allow a party to file to annul their marriage.