CAN I FILE FOR A NEW TRIAL IN A DIVORCE CASE?

When litigants proceed with their Divorce Cases to trial by judge or trial by jury,  the outcome of the case is left to the trier of the fact whether it is the judge on the case or a jury.   Litigants have to realize that the ruling of a case whether by a judge or a jury is not going to be the ruling that most litigants expect and want out of their cases.

The judge or the jury will see and hear and probably view documents that can be used for and against each of the litigants.  As litigants, people are focused on their evidence and their point of view; however, in a legal proceeding, the facts and evidence are many times contradictory as presented by each side of the case.

The primary reasons for filing a motion for a new trial are to give the trial court a chance to correct any mistakes, to preserve error for appeal, and to extend the appellate deadlines. 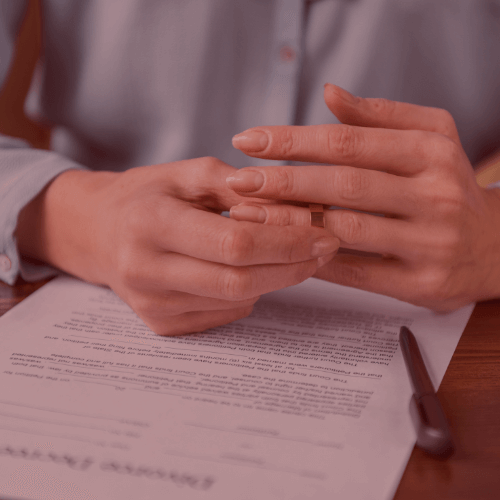 In Texas and in many of the Divorce cases we are involved in, the court may grant a new trial and the judgment may be set aside for good cause and on the motion of any party or on the court’s own motion on the terms the court directs.

If it appears to the court that a new trial should be granted on a point or points that affect only a part of the matters in controversy and that the part is clearly separable without unfairness to the parties, the court may grant a new trial as to that part only. Tex. R. Civ. P. 320.  A trial court in a divorce proceeding has the discretion to grant a new trial within the time frame that the court has plenary jurisdiction, even if one party dies after the divorce decree is entered.  Nichols v. Nichols, 907 S.W.2d 6, 10 (Tex. App. – Tyler 1995, writ denied).

In many Divorce cases in Texas, the negligence, inadvertence, or mistake of an attorney is attributable to his client so that the attorney’s failure to defend the case properly or to develop fully the available evidence does not constitute “good cause” authorizing a new trial.  It is very important for litigants to understand and realize that a motion for a new trial may not be used as a vehicle by which the case may be tried over and differently.  And, a motion for a new trial may be filed only by a party to the underlying suit.  In re Trevino, 329 S.W.3d 906 (Tex. App. – Dallas 2010, orig. proceeding).

Quite simply, granting a new trial has the legal effect of vacating the original judgment and returning the case to the trial docket as though there had been no previous trial or hearing; the original judgment is set aside, and the parties may proceed without prejudice from the previous proceedings.  Thus, when the trial court grants a motion for a new trial, the court essentially wipes the slate clean and starts over with the case as if trying it for the first time.

However, even though a trial court may not sever the property division from the Divorce when it grants a new trial when the appellate court remands for a new trial for a division of the property, the marriage relationship is not prolonged until the decree if final after the remand. Herschberg v. Herschberg, 994 S.W.2d 273, 277 (Tex. App. – Corpus Christi 1999, no pet.).